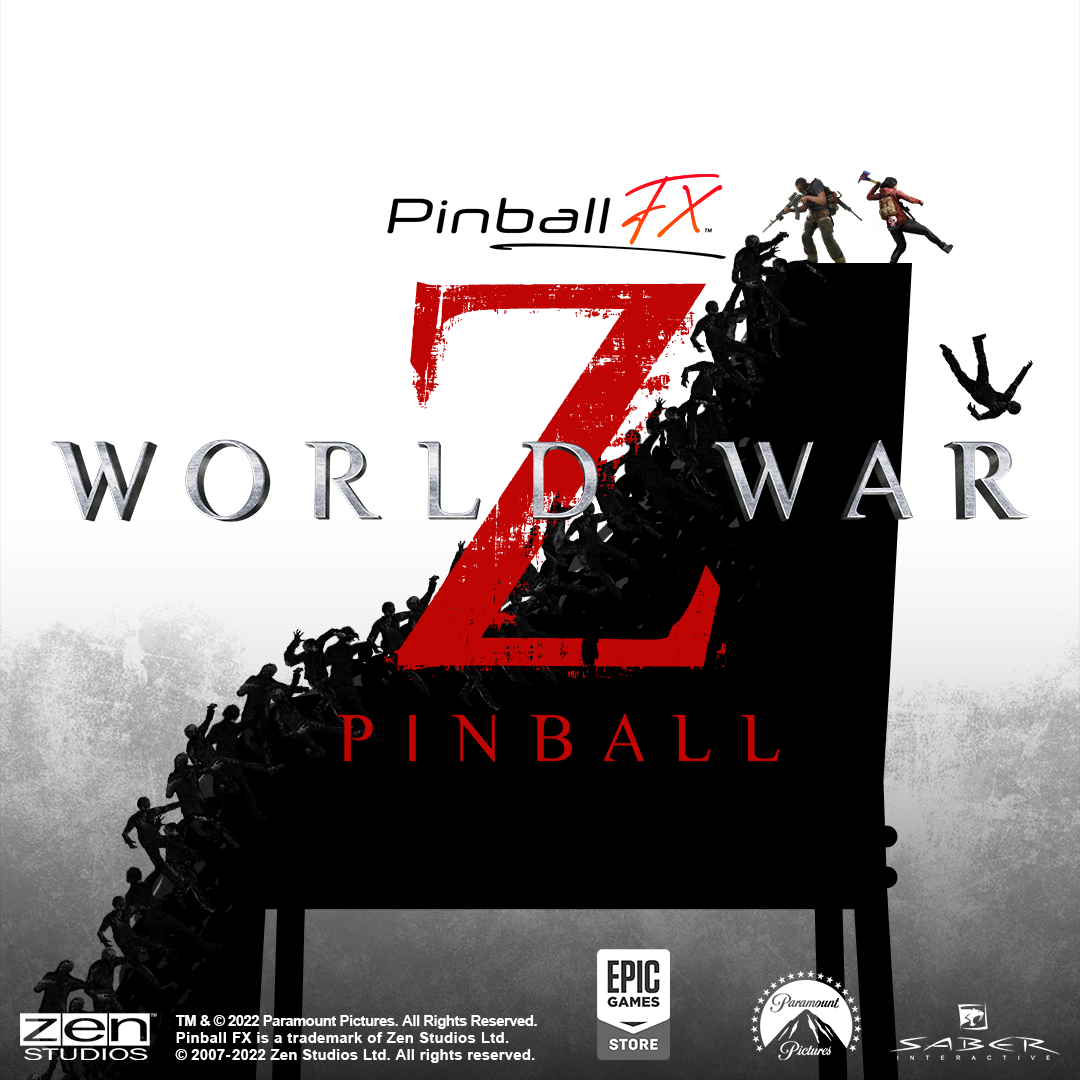 Join us as we look at Zen’s roadmap of future tables.

We also offer our first impressions of the new World War Z table from the Paramount Pinball collection.

Finally, we share our opinions on the three latest Zen originals: Noir, Curse of the Mummy, and Sky Pirates.

06:00 - What do those graphics settings actually do?

Advanced graphics settings are now available in the game. Still, we’re both struggling to understand what the settings actually do.

Perhaps a bit of UI help about what each setting does could help new players find the right balance based on their graphics goals in the game.

Having extra RAM doesn’t seem to make much difference to gameplay.

GPU specs seem to be critical to tweak or focus on from a game performance perspective.

There is a public roadmap for the content being released in the next few months, and here it is.

In this part, we speculate about what the new roadmap might reveal regarding the new WMS tables being released.

Those zombies climbing the pinball machine is just fantastic imagery!

The game looks really great, and it is not based on the Brad Pitt movie. Instead, it is based on the Saber Interactive game franchise.

Getting this hoard mode is just fantastic, and it actually looks exactly like this in the game.

What other games has Saber Interactive made? Could these games be upcoming in the jam-packed Content team’s release schedule?

Evil Dead would translate pretty well to pinball, but it is super gory.

Warhammer 40,000 could be a huge franchise to import a new base of fans into the game.

Halo is also on Saber’s dance card. However, they look like a publisher, not a game producer.

They also have NBA connections, so could this pave the way for NBA Fastbreak? We both hope so.

We discuss the new Zen tables and rank them from favorite to least favorite. While doing so, we go into specific details about why we have ranked them the way we have.

Most of the criticism centers around the use of "spell-o-rama" mode starts and the general "sameness" of the three originals from a gameplay perspective. The other aspect is that the new designs don’t tell the player clearly enough what to shoot for. Take some lessons from table designs like Medieval Madness for how the lights "tell the story" in a pinball game.

Hopefully, some of this critique will rub off on the game, but it is OK if it doesn’t. Everyone has opinions, right? ;)