BlahCade 236: Rollers of the Realm Reunion interview with Tony Walsh 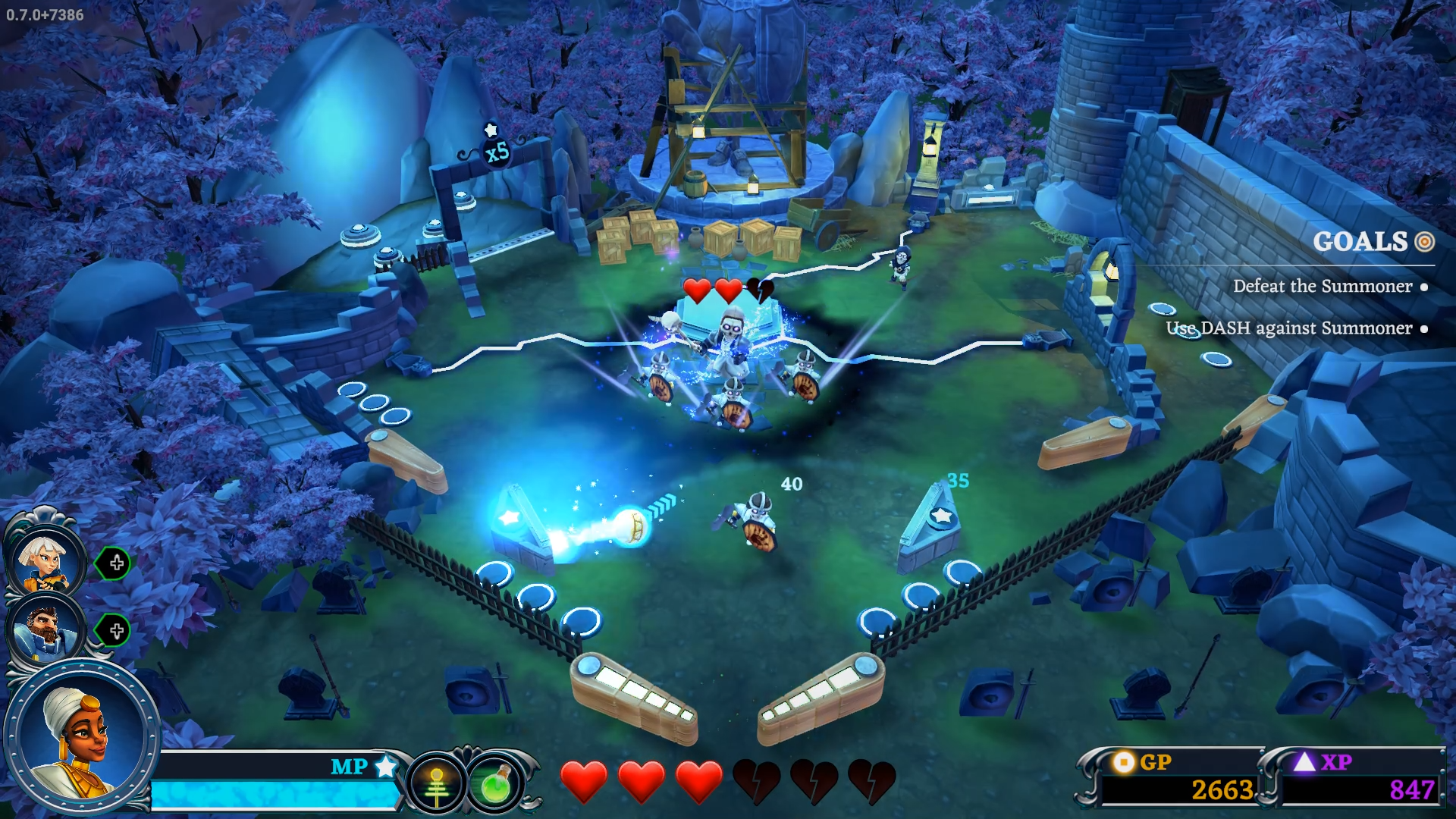 Tony Walsh, Company Director and Founder of indie game studio Phantom Compass, joins us to chat about their sequel to the award-winning Rollers of the Realm Pinball RPG.

This breakthrough game set the genre for hybrid pinball and RPG gameplay. The studio’s new title Rollers of the Realm: Reunion takes the genre even further with new gameplay styles and better RPG balancing between the characters.

We get the low-down from Tony about what went into creating RotR and how it has evolved into Reunion. Tony also hints about what we can expect to see when it is released later in 2022.

Tony gives us a bit of background about the studio, including how the studio does a mix of "Advergames", agency game development, and studio games like Rollers in the Realm.

It’s an interesting backstory to how the studio came to be and why they are in a position now to produce another studio game.

10:00 - Why has there been such a gap between Rollers games

Tony explains how RotR came to be through creative grants issued through provincial, state, and federal government levels. The guidelines changed recently about funding sequels through these programs, and Tony and the team seized the moment to make Reunion.

The whole "studio sustainability" piece was interesting to learn about.

While many contract games are fixed-cost products, there is a lot of time spent guiding clients through the dev process and managing expectations.

When you are developing a studio game like Rollers you have a few levers you can pull to help manage costs. Tony speaks to the process and how to work around the ebb and flow of development cycles.

Tony goes into some of the game mechanics of the first Rollers and then compares the evolution we see in the press copy Chris, and I played.

The player roster goes from 10 total characters to only five in total. And you can only have three characters active on a playfield. 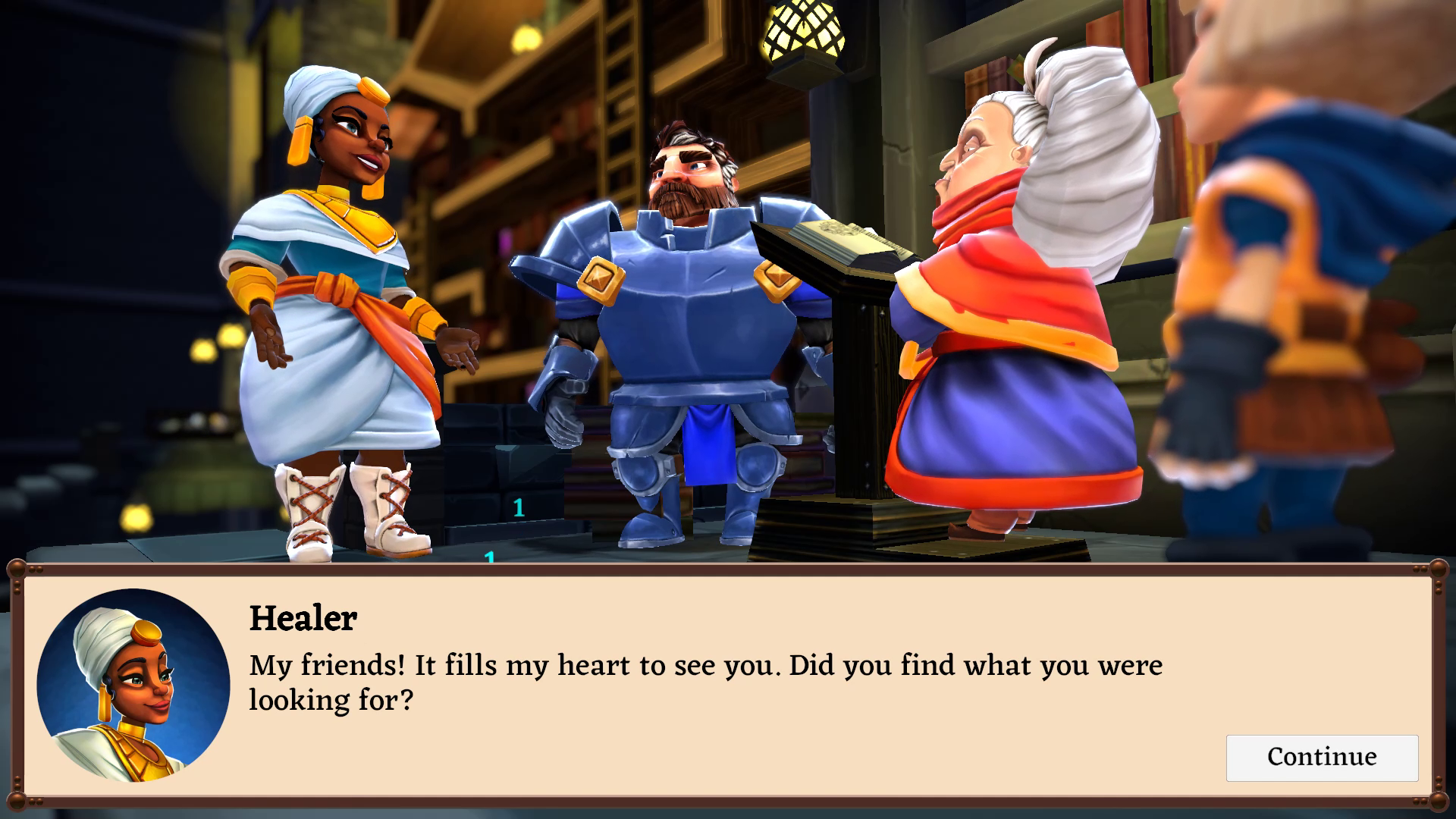 You might think that is a downgrade in the gameplay experience. However, Tony explains how this makes the game more dynamic and approachable.

"We took perfectly fine pinball and actually made it harder," Tony quips about how the first game had a steep learning curve for casual players.

The change in how the ball is launched into play is one way of rebalancing the game’s approachability for more casual players. 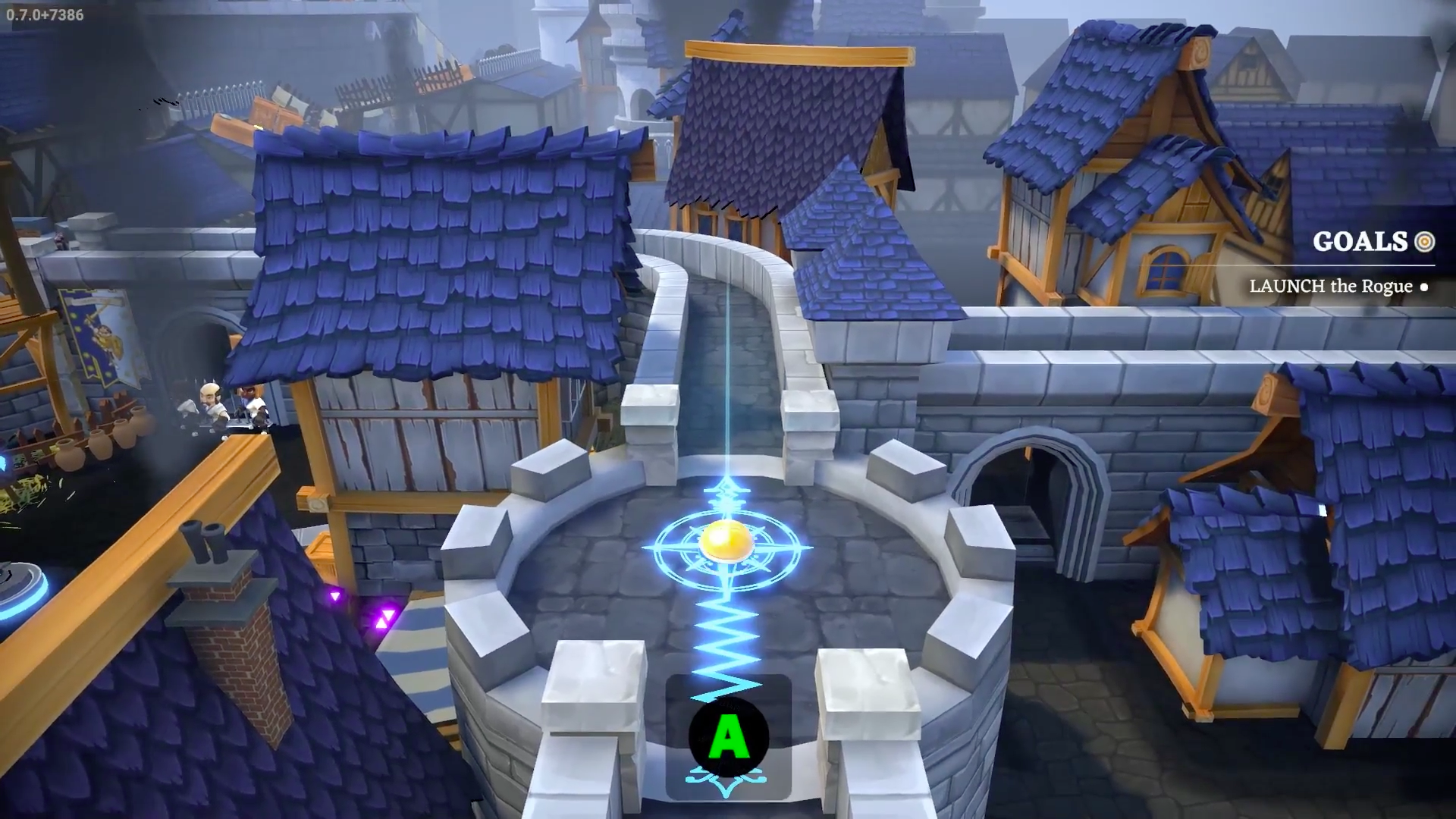 Additionally, Tony shares how the first game’s left/right "tilt" agility feature has evolved to full controllability. This is definitely going to be important at later levels.

There are many new playfield and gameplay styles in Reunion. 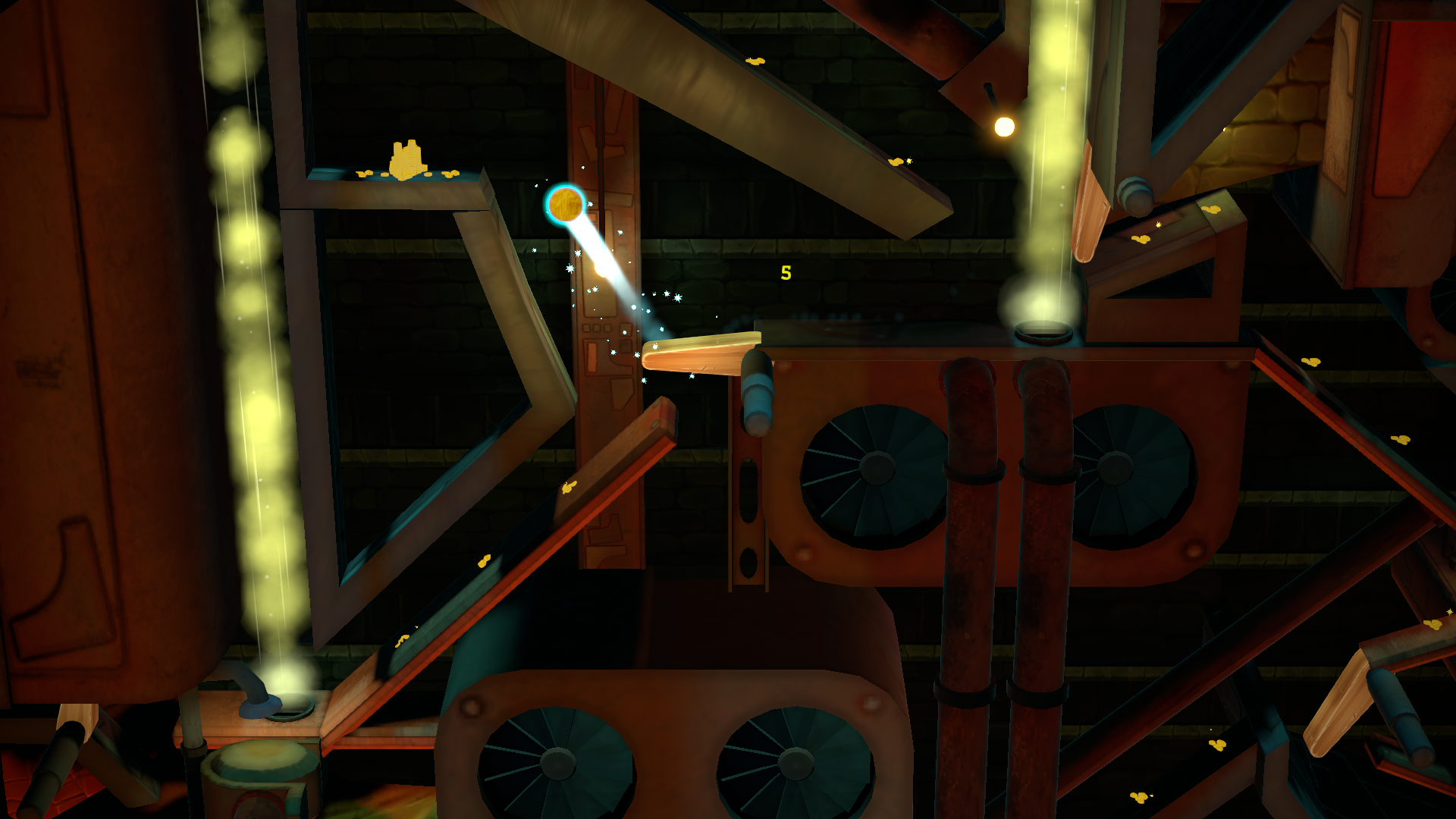 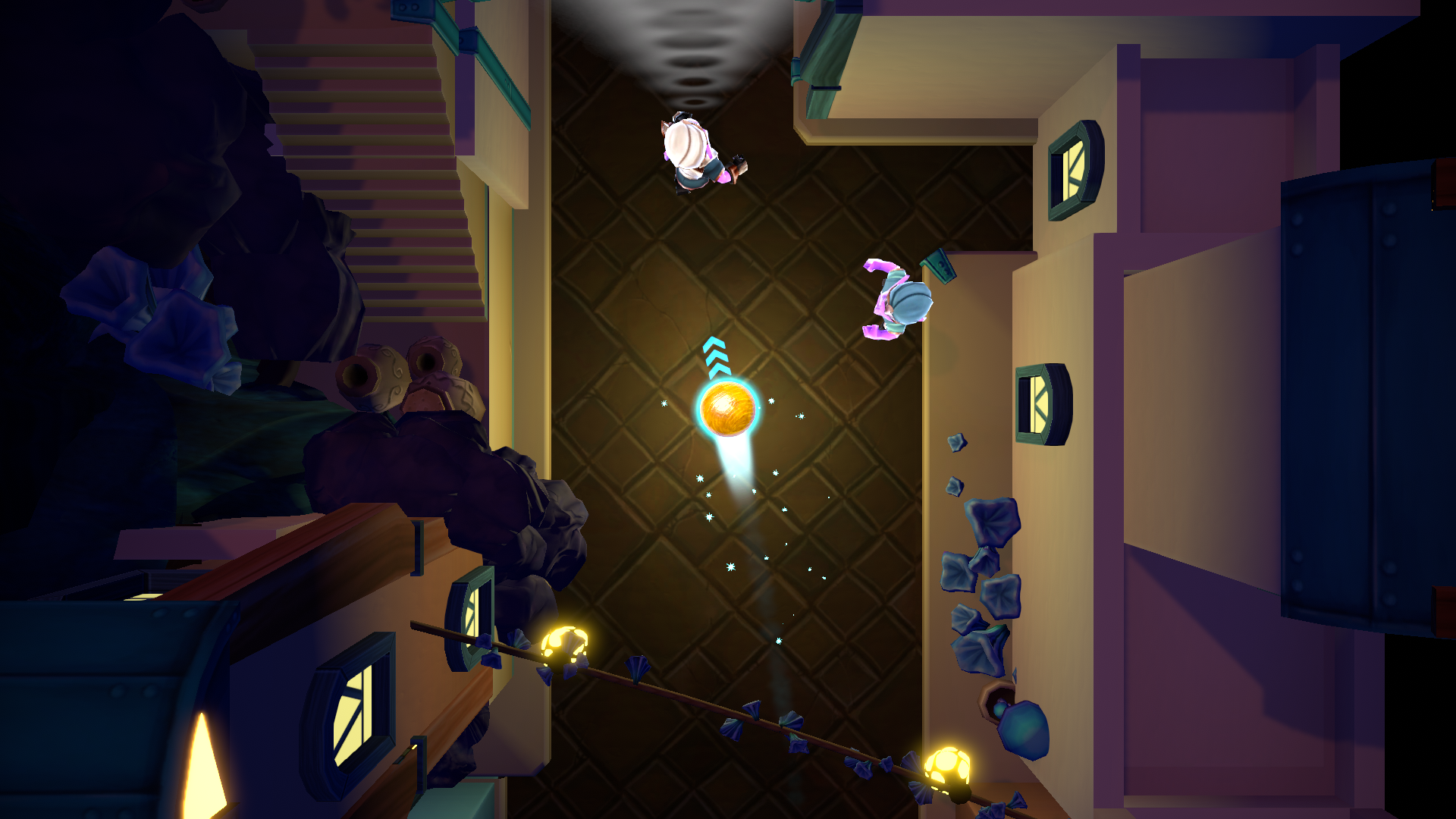 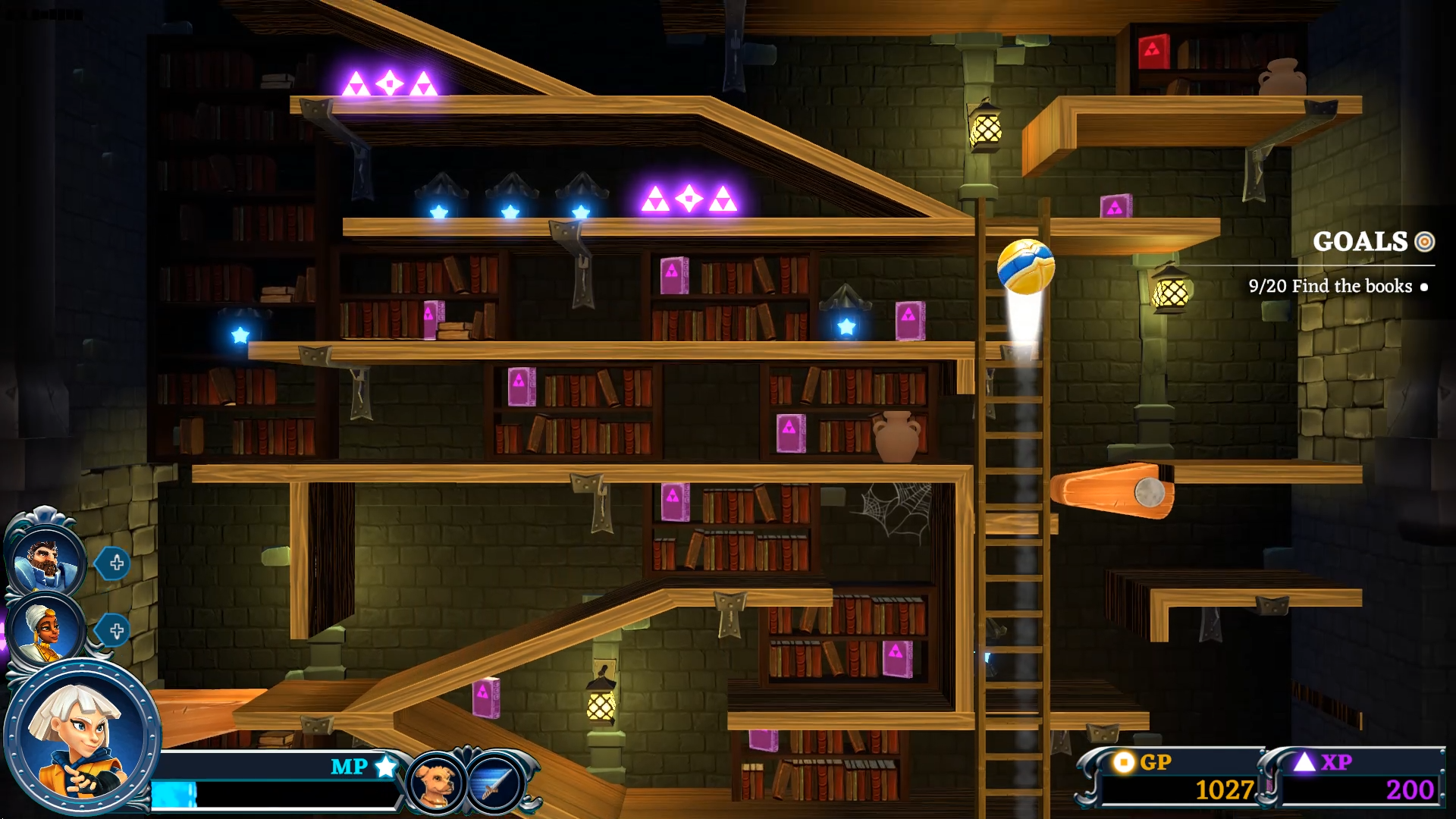 Tony talks about how these different styles are more like "palette cleansers" to freshen up the style.

31:35 - How have the flipper and ball physics changed between releases?

Tony goes into some technical details about how the physics and flipper tuning has evolved between the games.

Chris also shared how the new physics and four-way movement helps you in the game in practice. 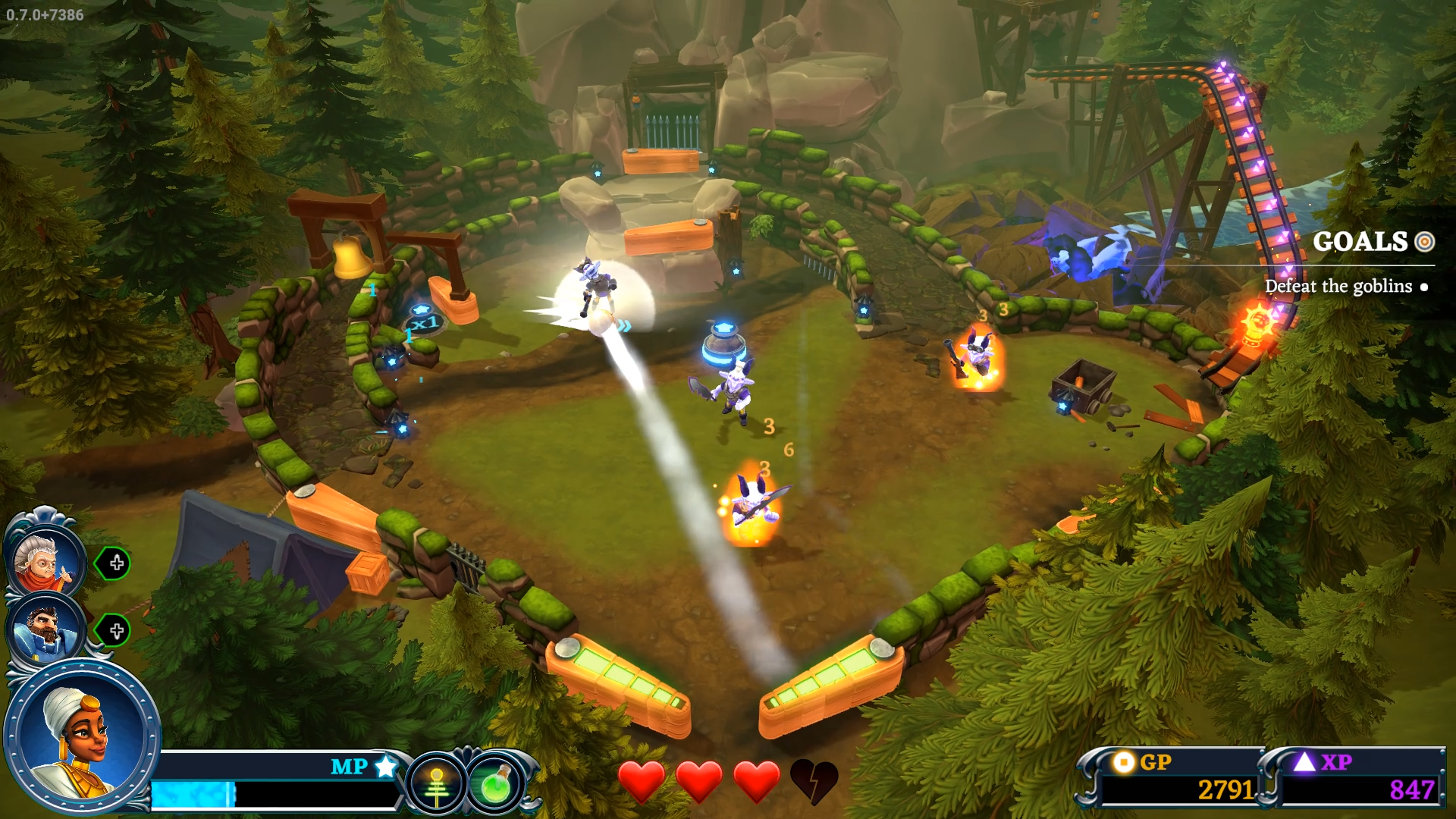 Instead of losing the player when you drain and having to revive them, Tony shares why the revive system was replaced with hearts. 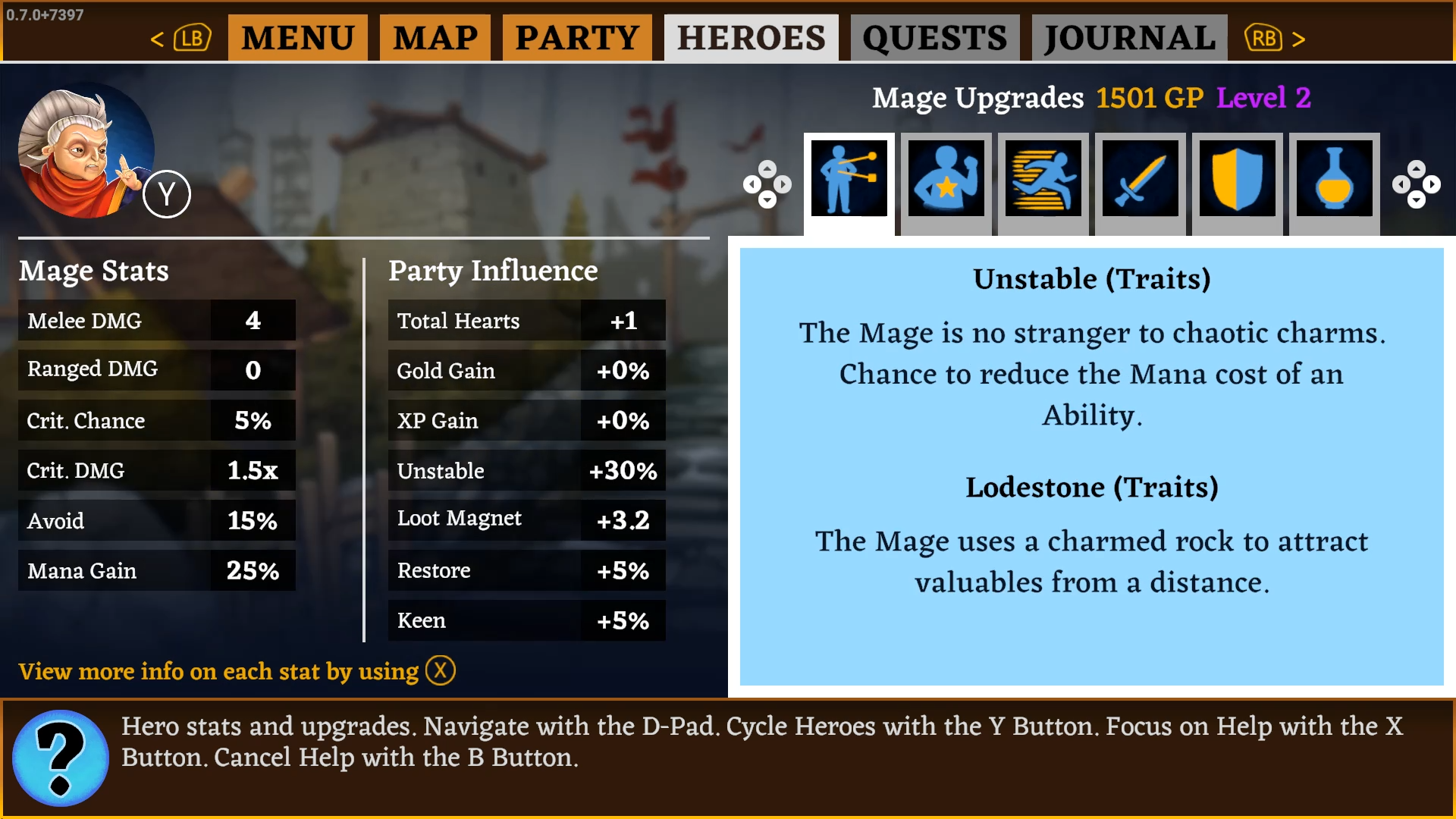 You can see how the upgrades you apply to the characters affect gameplay more directly when the combinations have a pronounced effect on the player. 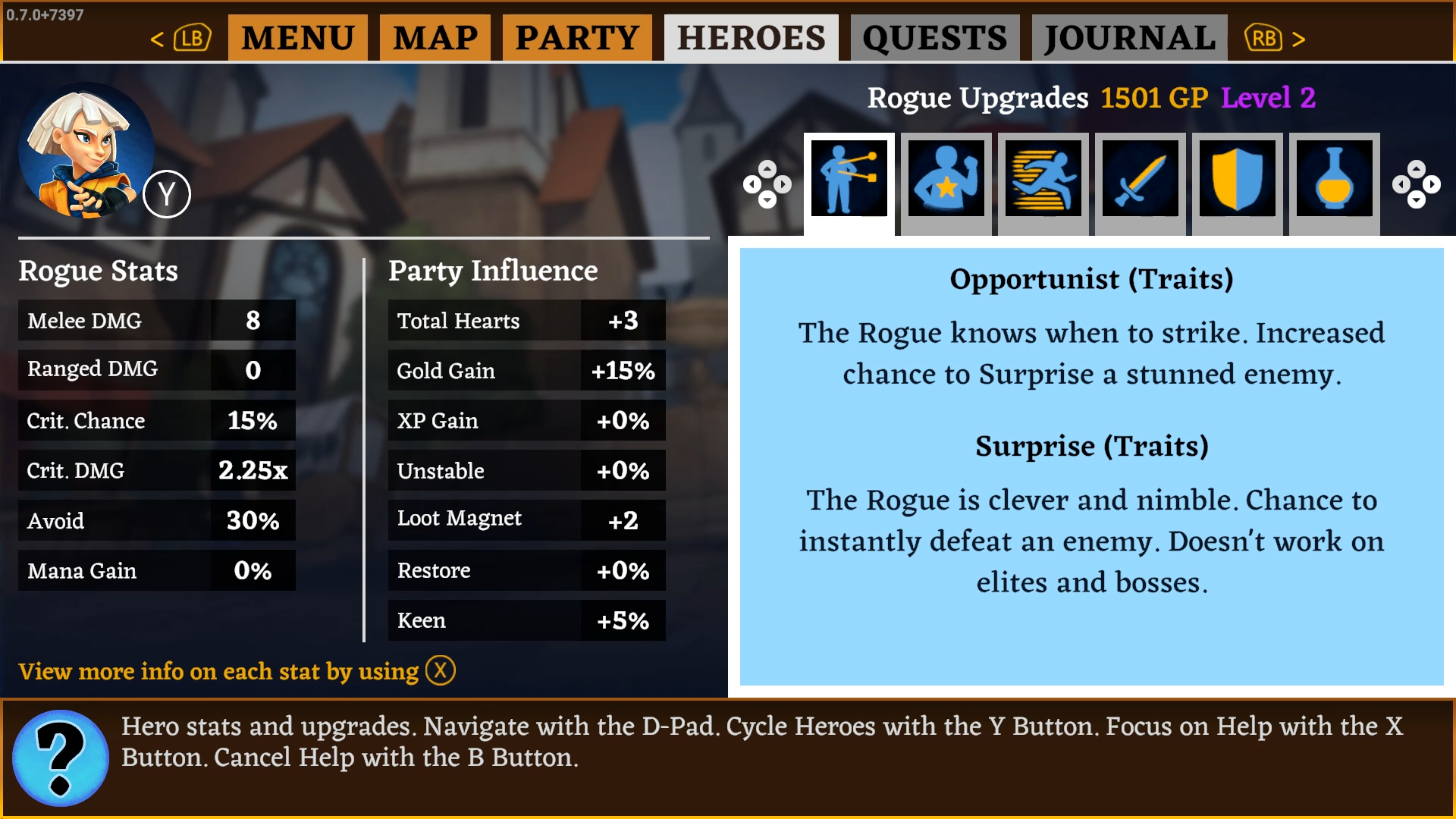 Maybe there could even be a "level me up" auto feature in the game. Either way, you don’t need to be a mathemetician to manage player stats.

Quests will play a big role in Reunion. Expect replaying levels to get some of the items, but don’t worry about grinding like you were in the first game. 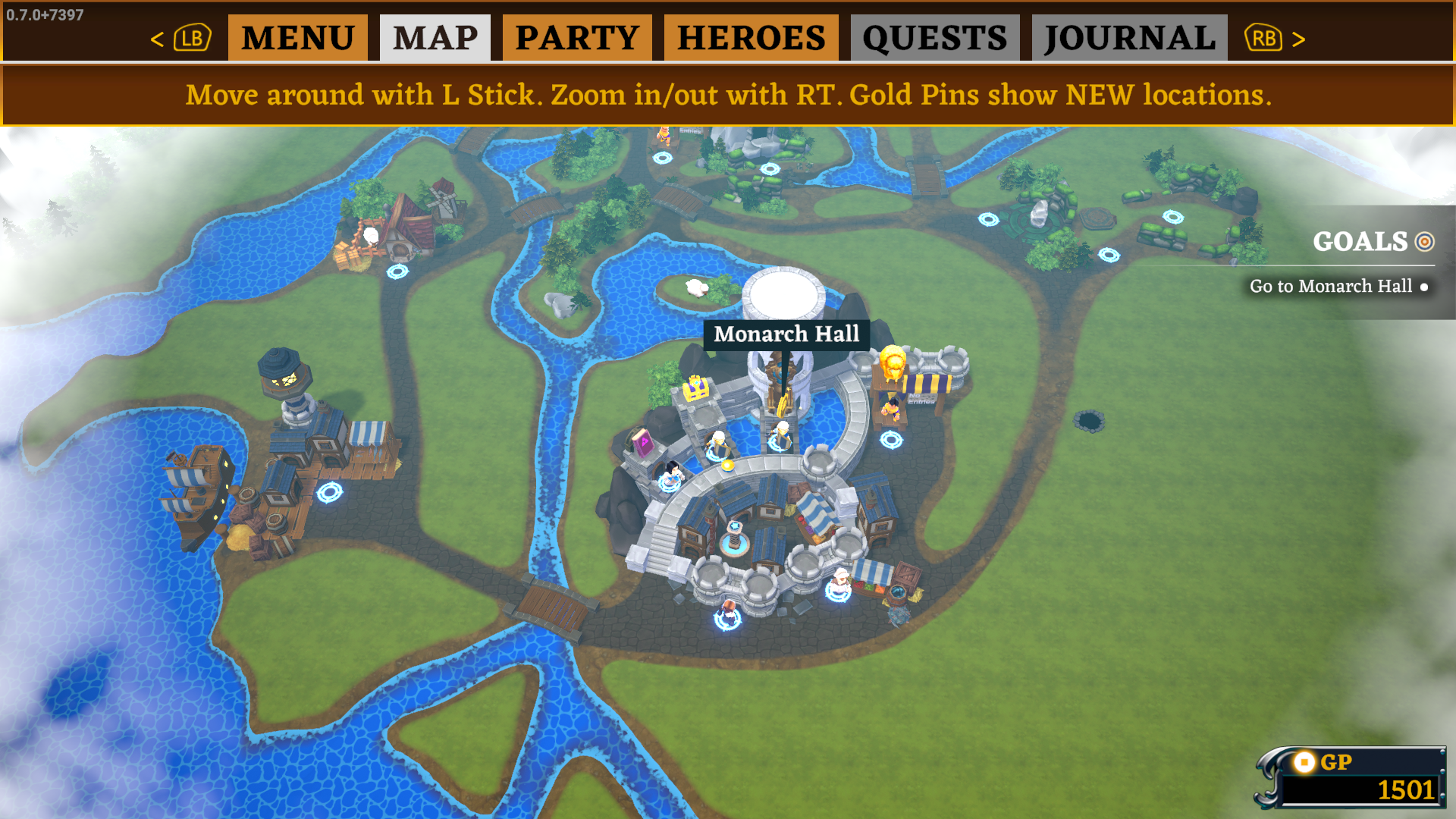 You will even find holes randomly scattered around the playfield whenever you complete a table. There will be gold lying around the world map that you can collect and sheep to herd! 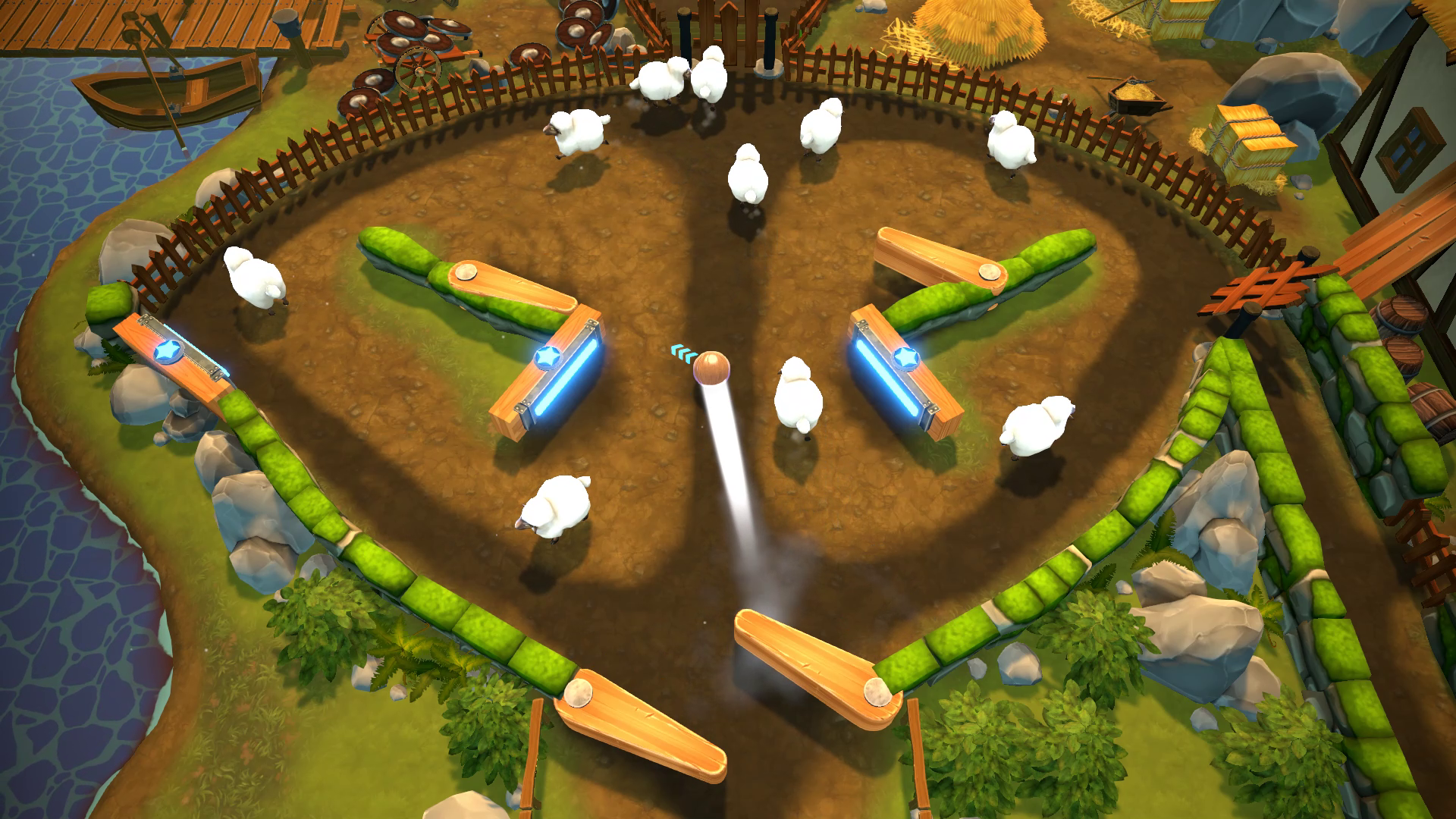 BlahCade 235: We like what we see so far, PinFX
BlahCade 237: Indiana Jones and the Costs of Licensing