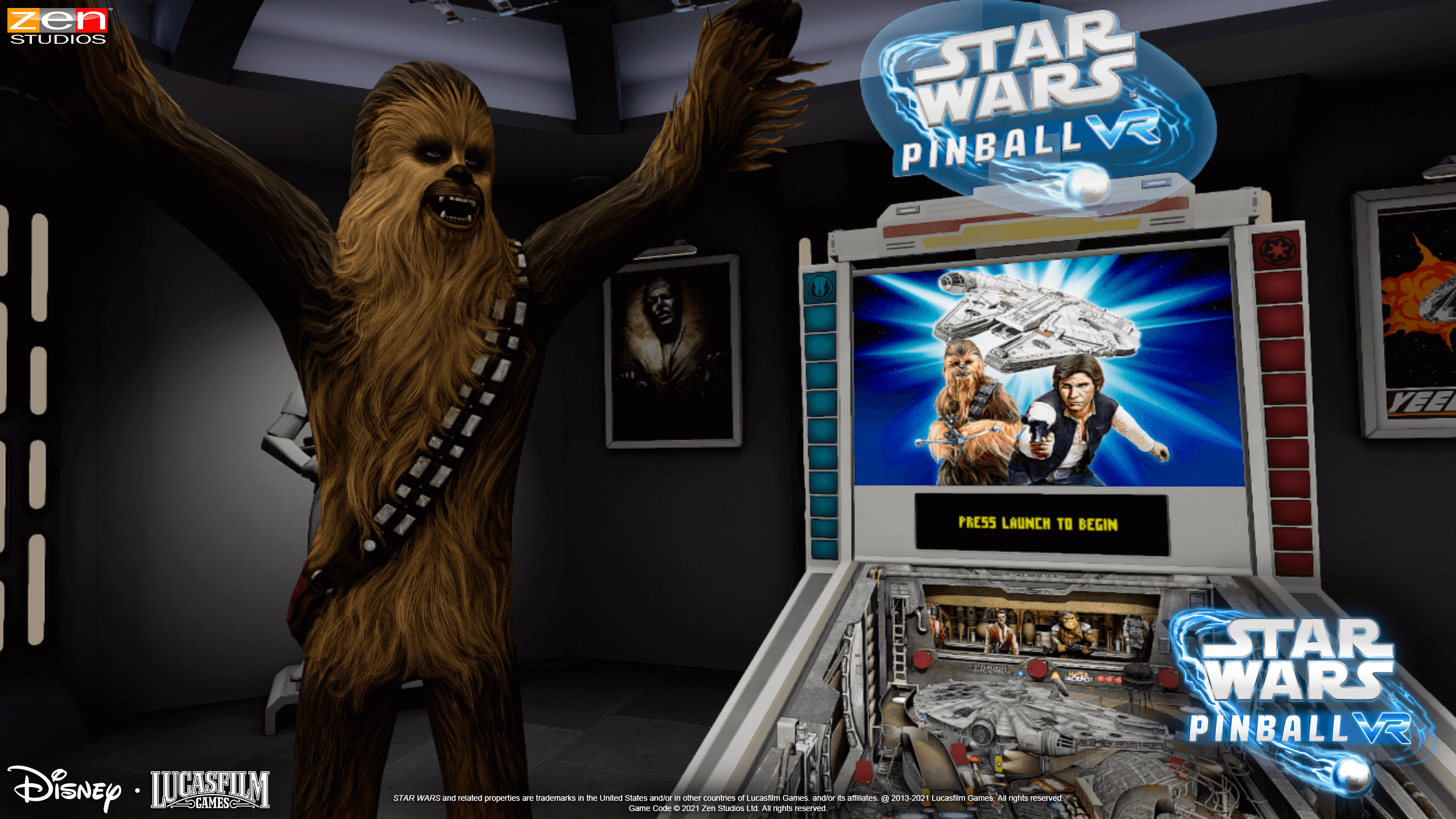 We take a good hard look at Han Solo in VR and discuss what frustrates us about the table. While that may sound negative, we really want to make a case for making some improvements to the rules and gameplay aspects of this game, so it becomes more enjoyable to play.

Zen Studios has also been teasing some new table designs due to be released with Pinball FX later in 2021. We take a closer look at these and offer our two cents worth.

Yep, Han Solo is in the game now, and it is a welcome addition. Well, it is, and it isn’t.

This game has been remastered in Unreal Engine, and there appear to be a few issues with flipper timing. The way the balls eject from the saucers on this table is so difficult to dial in. Compare how it plays on FX3, and the difference is night and day.

The table has been added without any rule changes, which means that it is still a "spellathon" game, where you have to shoot ramps multiple times to light the table’s modes. It seems to be a favorite trope of the table designer Zoltan Vari, and both Chris and I are really tired of it.

Stern did this during the 2000s because of severe budget cuts to rule design. With Zen Studios hiring more developers, hopefully, the spellathon rules will be ahem ruled out in future tables.

Having a free game added to the package is very cool, though. Definitely keep doing that, Zen Studios.

There are two tables announced by The Pinball Show recently:

Noir is a gangster-themed table set in the 1920s. The table is presented in black and white tones and features what looks like many placeholder art and toys. There seems to be a trend towards a cell-shaded feel.

We believe that this version showed in the episodes is a very early design that may have been proposed ages ago. Zen said they had been working on two originals before the pandemic hit, and they got acquired. They will need to work really hard on lighting in this game and focus on shadows to capitalize on the theme.

The other table released is a pirate-themed pinball in a steampunk style: Steampunk Pirates.

The game does not have an official name yet, and Zen Studios is letting the public name the table. Whoever wins the competition gets their name immortalized as the captain of the Meringoth (the name of the ship). But given the number of entries received in just a few days, that ahem ship has sailed.

Chris offers a few names for the table, and I generally shoot them down pretty fast. But there are a few names that might be starters. Time will tell. I also pull apart how pinball names appear to be born and compare those names with the ones Chris suggested.

We close out the show with some wrap-up thoughts about how Zen needs to really start to think about code updates for rules and gameplay improvements.