With the year drawing to a close, it’s time to take a break from all the serious PinCab discussion and look at some other stuff that’s been happening that isn’t strictly what we normally cover on the show.

This episode was recorded live in front of a YouTube audience, so we also took some cues from the folks in the chat about what to talk about. Enjoy, thanks for your support in 2020, and we’ll see you in the new year.

You can jump straight to any BlahCade Minis in the Show notes section if available. BlahCade Minis are short episodes created from this video, sliced and diced for your viewing pleasure.

Thankfully the Arcade 1UP cabinets did not end up in the ocean after the container ship incident we reported in the last episode.

After talking to Dave at Netherworld about the odd flipper behavior on Rick and Morty, I found out that the reason why some Spooky Pinball games have an odd flipper feel is that they are “two lugs” coils. 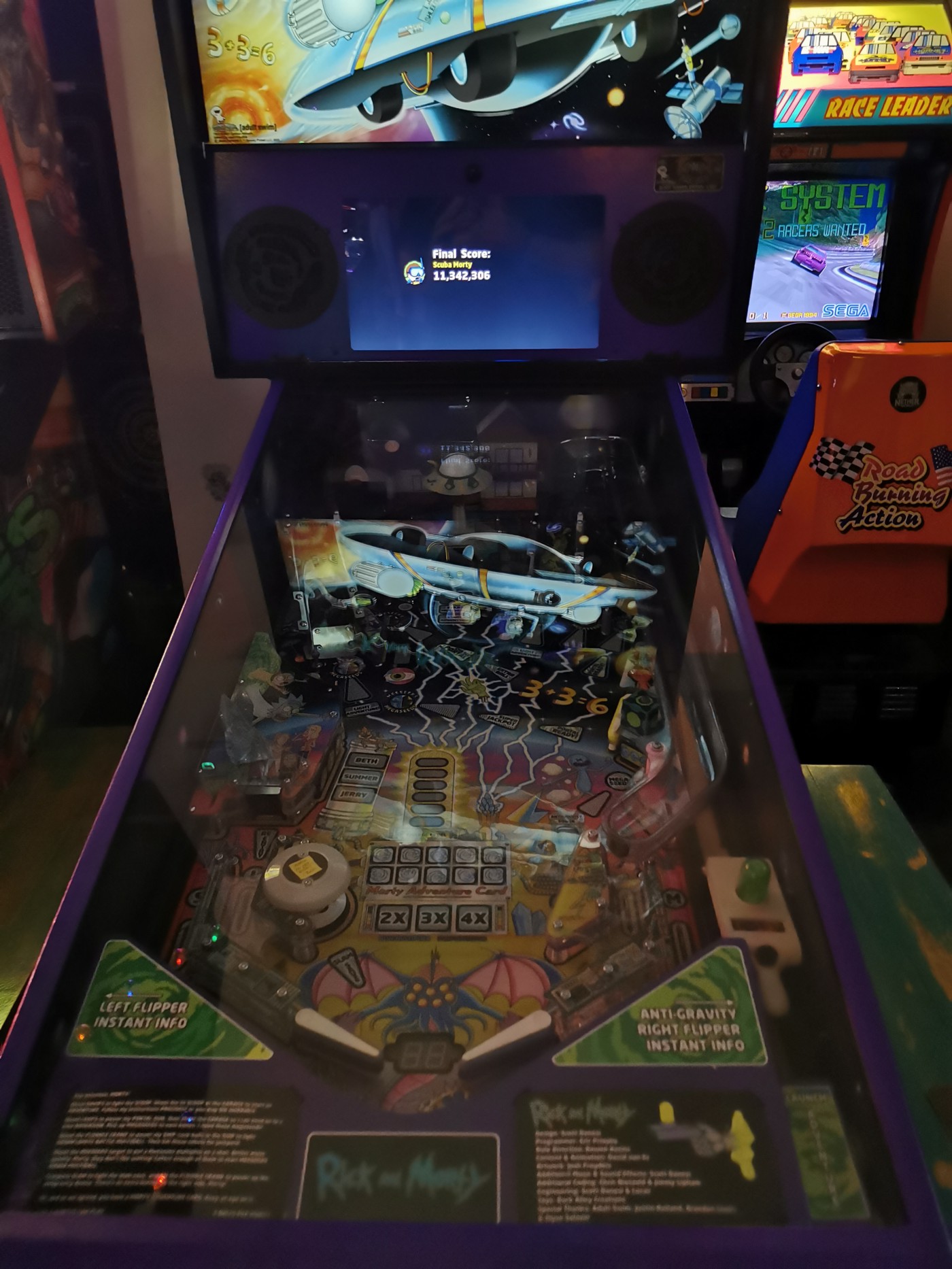 That means that they don’t have a hold winding in them: the hold voltage is CPU controlled.

Total Nuclear Annihilation also suffers from this as well. This was the same as Data East machines until they introduced end-of-stroke switches in Last Action Hero.

There doesn’t seem to be a lot to love on the Led Zeppelin table recently announced by Stern Pinball. If you put this beside a Guns ’n’ Roses from JJP, the differences are staggering (as is the price of course).

The real bummer is that the only cool feature on this table is not on the Pro model (not surprisingly). It got Chris and me thinking of what some Bally/Williams tables would look like if you had to remove parts to fit a Pro model bill of materials (BoM).

The Creature doesn’t have much you can take off from this game. But the large whirlpool ramp would definitely go. And you can probably wave bye-bye to the hologram as well.

The fishing reel lock mechanism would be gone, and the up-kicker would be a virtual lock for sure.

But how would you work around something as integral as the Thing mechanism? We both think the VAULT turntable would remain as would the subway to the right kick out.

The magnets that make The Power function would also go in a Pro model.

The mini-playfield is kind of the whole game, so downsizing it would be really tricky.

Yikes, there is a lot of stuff to cut from this game. Steve Ritchie really did go to town with the toys on this game.

I’ve been messing around with an Oculus Quest 2 and I have to say it’s pretty cool. I go into some of my early thoughts about the headset and what experiences I’ve tried out.

This headset packs a huge amount of value into a small package.

The neat thing is because the Quest is Android-based, plenty of smart folks have come up with ways of sideloading legit apps through a third-party marketplace called SideQuest.

I’ve been playing a beta version game called Beat Smith which I can only describe as drummania in VR. It is very good for beta and I can’t wait to see what happens with it as it gets closer to release.

You can buy a PC that uses the heat generated from the cooling system to warm your purchased dirty bird.

Forged from the fires of the KFC ovens and built by Cooler Master from the ground up, there has never been a tastier way to experience the latest titles in stunning 4k, 240fps. 😆

Chris finally gets to play Spider-Man and Last of Us 2 and he gives his unbiased review on both.

Chris loves the web-slinging and fighting aspects of Spider-Man. You can just enjoy the game and swing around the city (which seems very close to a real-scale New York City) or hunt down the collectibles that are well sign-posted on the map.

Last of Us 2 has all the swears in it (not one for the kiddies). You know you’re in for a treat when the tutorial seamlessly integrates the onboarding aspects into an early story arc.

Why aren’t more animated movies like Pixar’s recent release Soul available directly on VR headsets? It would be awesome to get a full 3D experience for all the cool digital content on offer.