BlahCade 204: The Other Pin Cabs 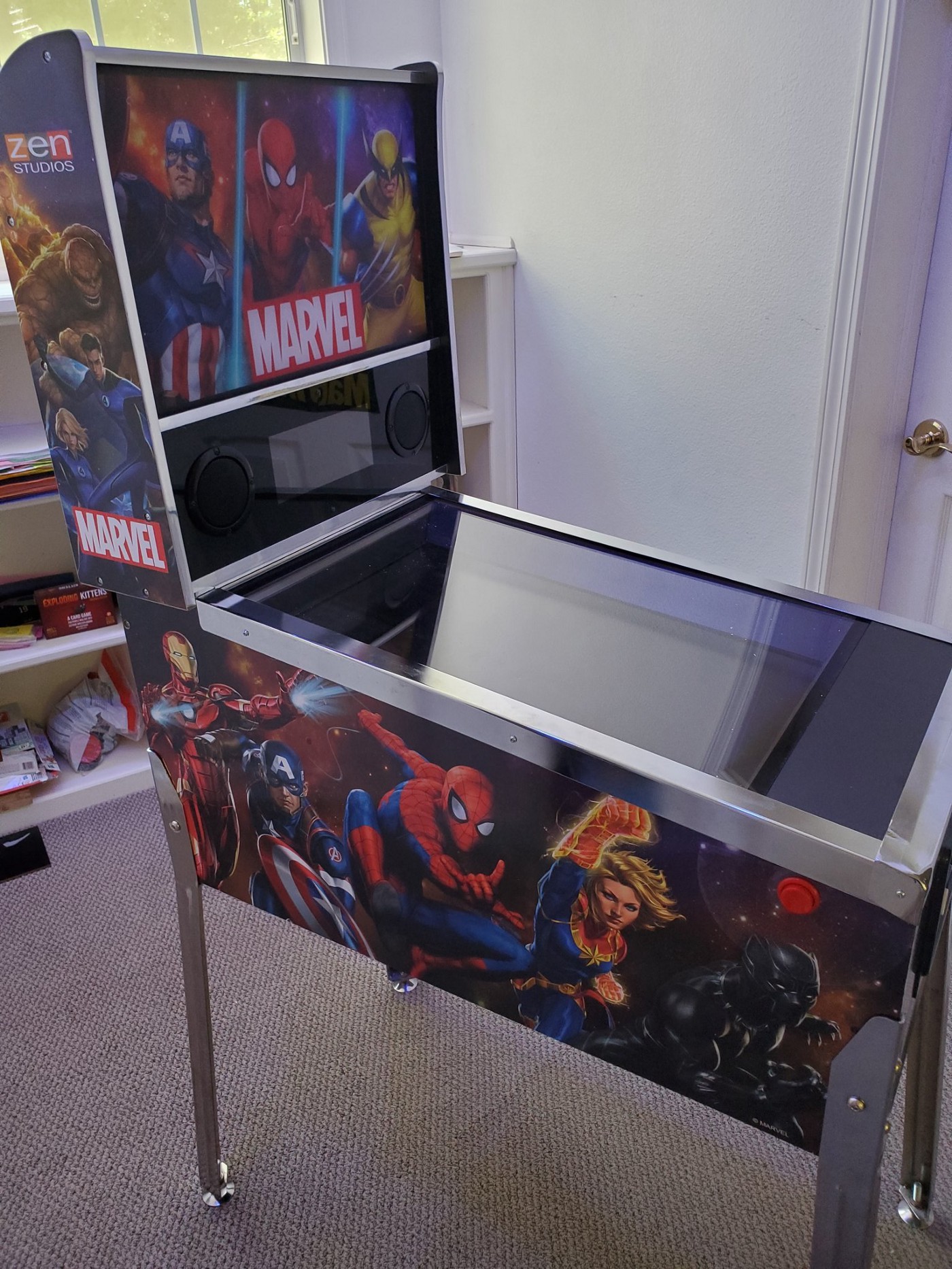 While the hype for Arcade 1UP is high, Toyshock is pumping out products you can buy now!

Everyone is excited about what Zen Studios and Arcade 1UP are doing with Marvel Pinball, Star Wars Pinball, and Williams Pinball. But what about Toyshock and AtGames? Both of these companies announced they are releasing products this year, so let us take a closer look at what’s going on in the other product camps.

This episode also has some community thoughts about the Zen Studios Volume 6 announcement. We also cover other products that are coming out in the home arcade market.

After the announcement, Chris and I have been listening to reactions from people.

There is plenty of excitement for the pack, but people are frustrated about no release date announcement, which is an unusual play for Zen Studios. We think it could have something to do with console releases.

Chris also gave us a tip about using the hot-seat mode to keep the ROM state between players and get closer to getting Super Dude in Dr. Dude. Funhouse is a welcome addition, and everyone agrees it was screaming out for some love.

Space Station seems a bit cool, but it is probably because no one has played it before. It’s not a game you see that often on-site.

We got to talking about the different game chips used in pinball (super nerdy, so it isn’t timestamped).

That got me asking how places like Arcade Expo order their tables.

The folks at Toy Shock have released an update for people who have purchased the v1.0 cabinet. You can get a replacement PCB for free (you pay to ship) from Toy Shock to upgrade the launch bugs like poor framerate, flipper lag, and high-scores not saving. Here is a summary of the announcement.

We picked up another interesting fact revealed in an interview with Jeff Falke from Toy Shock (its long and you’ll want to skip through it).

Jeff announced that they are releasing a bartop model for the European market. What was interesting is that market research suggested that due to import duty and taxes, the EU market wouldn’t accept a product like this for the 30% price hike.

That makes me skeptical whether we’ll see the three-quarter size pinball machine in markets outside the US and Canada. The fact that this product doesn’t have any accelerometer tilt mechanism removes any advantage of having the thing on legs, so maybe Toy Shock is onto something here.

This YouTube Video is the game running on v1.2, so check it out and see what you think.

Mel was lucky enough to set a cabinet up in his home.

That apron is pretty huge.

AtGames are still in radio silence with their Legends Pinball product. It would be nice to see a render of the cabinet, at least. Or something?!

Just throw us a bone, folks.

If you want to play the difficult to find Dragon’s Lair, this is for you.

This product is shipping to the USA, Canada, and South Korea only. It looks pretty cool, though.

What this says about the home arcade machine market is that it is going to become very hot in the coming years.

It seems that some folks are still holding onto the memory of Pinball Arcade. Time to let it go like a big 💩.

Farsight is only going to make pinball machines again if someone puts money upfront to make them.

Many folks have opinions about the physics in Pinball FX3. But you might be surprised to learn that some people offering these opinions have never played the tables in real life.

For these folks, they noted that the challenge decreased between pinball packs. But less challenge does not equal physics inaccuracy.

What we found out as part of this stoush is that Apple and Google hit developers with 30% royalty for any money that passes through their stores. This percentage cut is also the case for Valve’s Steam platform.

So when you consider that Zen has been releasing games exclusively through the Epic game store, it starts to make logical sense. More money for the studio and less ongoing fees seems reasonable.

So what about all those licensed DMDs that we’re waiting for patiently? How would a reduced app store cut affect the possibility of getting these titles produced?