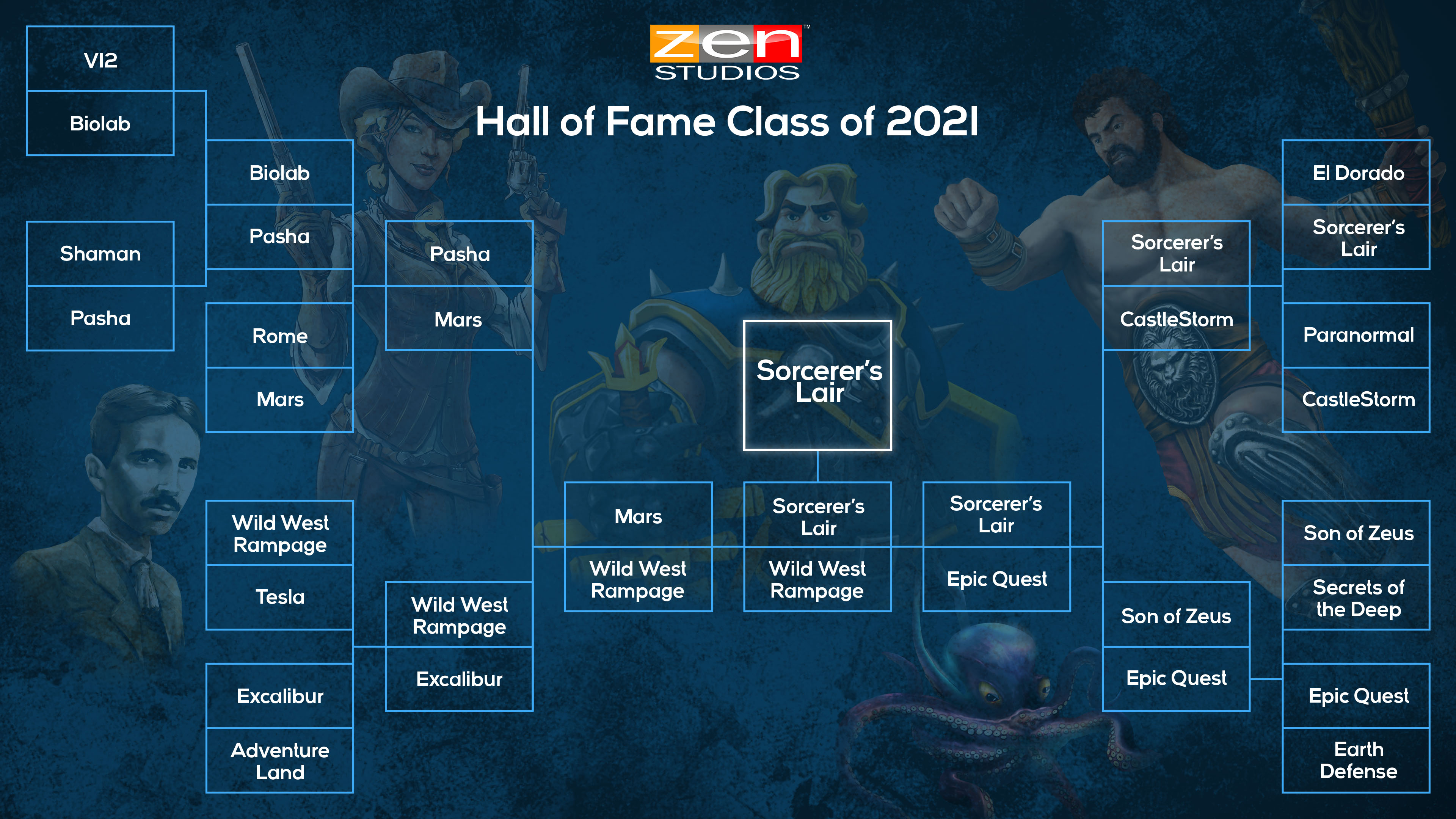 It’s a mish-mash of topics that concludes with the outrageous auction prices of a huge pinball collection. First, though, we catch up on Zen and Stern news as well as a rather odd video with the worlds largest pinball machine.

Zen Pinball has been running a competition of sorts on Twitter that seeds all their Zen original tables against each other in a twitter poll.

The results shake down to Sorcerer’s Lair being the top of the class for 2021. And it won by a landslide.

Really? Sorcerer’s Lair? Chris and I really don’t buy that as a valid result, particularly as it seems as though this table has got to the top only because it is a freebie.

So we went through each bracket and gave our take on what tables would’ve gone through if we were.

Arcade 1UP released the long-awaited Williams patch that corrects a bunch of performance and bugs issues on the Williams pinball cabinet.

But (and here’s where it gets interesting) it seems you can also load all versions of Arcade 1UP Pinball on all cabinet SKUs.

Some savvy community members have picked up on this and have made a launcher that allows you to have all three builds on the cabinet and launch them independently.

Was this a deliberate move by Arcade 1UP given the adoption of the AtGames Legends Pinball popularity? Or was this act really just a mistake on Arcade 1UP?

Lets see what happens with this development.

Red Bull have made this wicked video with Pasha 'the Boss' Petkuns running around a life size pinball machine obstacle course.

The Pro version is so watered down it may as well be a different game.

Godzilla really is a candidate for the "Premium or LE only or don’t bother" award.

I also mention the cost of the Stern Insider game experience and quickly correct myself from $30 a month to $39 a year, and free for the basic tier. There is a cost involved if you want to get perks and inside access, which really just sounds like the Insider program Stern already offers.

In this part of the show we talk through the astronomical prices these tables are fetching at auction.

There are some prices that make you wince, and then you have to add tax and 18% buyer’s premium added on by the auction house. That’s 25% more than the hammer price.

This is pretty much the last segment of the show so if you don’t like listening to price talk this might not be for you. There are some asides in this segment where we talk through our experiences with certain tables, so you might like to hang in there.

Chris wants to know if you like the mini episodes and whether he should keep doing them. Also, I follow up about not producing an audio version of last episode’s video-only episode.

If you have any feedback about how we release and format the episodes we’d love to hear it.