It’s time to reveal the latest three tables that will arrive in Williams Pinball on May 28th 2019!

This time there are three tables on offer: Hurricane, Roadshow, and Whitewater.

So pull down the episode and listen to what’s in store for you all for Vol. 4, and into the future.

This entire show is dedicated to the interview Chris did with Mel Kirk, Vice President of Publishing at Zen Studios about Williams Pinball Volume 4.

Chris and Mel discussed the three tables released as part of the Volume 4 pack. 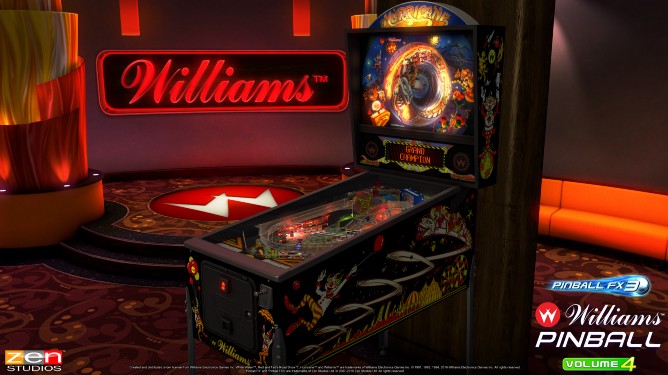 There was a host of other content that relates to other stuff that has happened since we last got the opportunity to speak with Mel at the Volume 3 announcement. 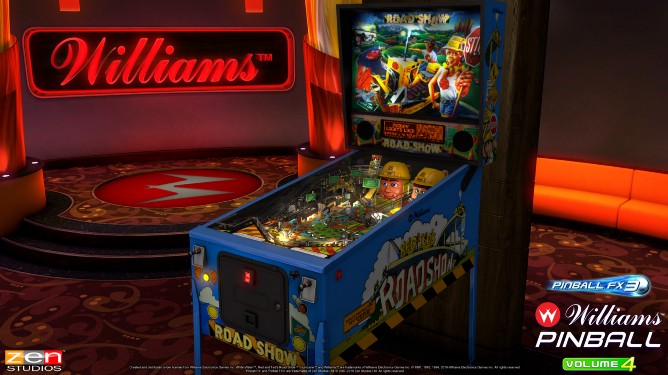 The tables are revealed (of course), plus Chris asks Mel a few questions about some of the ancillary activities. 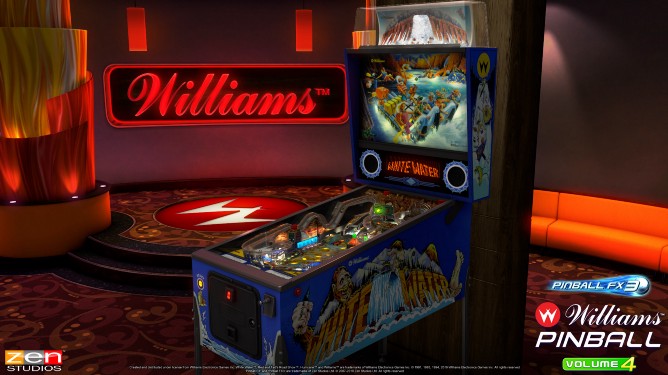 Chris asks Mel what it was like to be at the Star Wars Celebration from a vendor perspective. It’s going to be in Anaheim next year, so get your tickets booked.

The Switch release is discussed and the reasons why the release date was so far out from the announcement date. It turns out that doing a retail release is very different to doing a DLC release.

Zen Studios is the first game company that has released Star Wars content on the Switch, which is a huge deal.

Chris has been gagging to find out more about the LED Commercial Prototype that Zen Studios debuted at the Star Wars Celebration. Mel goes into great detail about the fourth iteration of Zen’s cabinet product experiments. He gives us a great insight into the plans for this piece of commercial arcade equipment.

The arrangement is not limited to the Fantasy tables either. Williams Pinball tables will get game slots on this. The whole platform will be deeply integrated with mobile platforms.

Mel goes into some detail about what the deal was with this tweet.

Mel talks about Occulus Quest and VR in general.

What needs to happen for Zen to go full on into VR land?

Turns out that those Zen originals discussed are not going to be happening in 2019.

So what else is happening at the studio? Expect an announcement about a new game before E3. There will be a total of three full game releases that are not pinball related coming in 2019. 😆

Williams Mobile is going to be getting some large upgrades in the future. Mel talks about some of the freemium aspects of the game from the studio’s perspective.